Switch to full style
Discuss the Mets and their minor leaguers.
Post a reply
LTKfRGM

I've seen Bull Durham like 5 times. Fun movie. It and Major League are my 2 favorites.

I just turned it on Hulu cause I'm up and I wanted something to watch and early in the movie, just after Susan Sarandon's intro, when Max Patkin is dancing on home plate before the game, he's wearing a mets uniform.

He never played for the mets. He played in 1941-46 and made appearances long after. Was he ever associated with the mets? Any reason he'd be wearing a mets uniform? 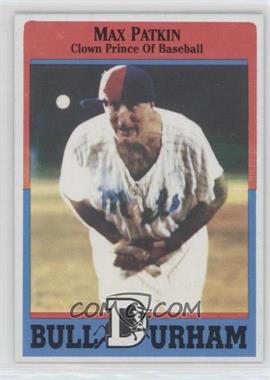 Re: Bull Durham, Max Patkin and the Mets?

Most likely a minor league appearance at some point or another. Kingsport is referenced in this article